We Shall Eat Cake

We had a little birthday party to attend yesterday. Some of the food was going to be failsafe, but I needed to take cake for us. It's something that drives me a bit nuts. Not the taking of cake, I don't mind that. It's the going to the effort of making cake and then my son deciding he doesn't want to eat it. This has been happening a lot. He has decided that he doesn't like vanilla cake anymore, nor does he like caramel cake. These have been my easy fall back cakes, but he is over them, so I offered to make something different. I offered pear, lemon or carob. Completely out of left field, he chose the carob. We're not big fans of carob here; he eats it sometimes, but it has taken me a real long time to stop gagging at the smell. It is easy enough to convert a chocolate cake recipe to carob and I decided to team that with a caramel icing. He didn't like the icing, but the cake was good. The cake was actually so good that I (who gag at the thought of carob) enjoyed some. So today I experimented with something else - Marshmallow frosting. Bingo! We have a winning combination. 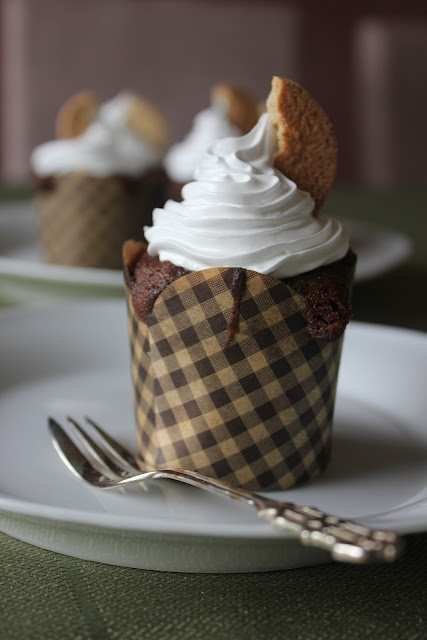 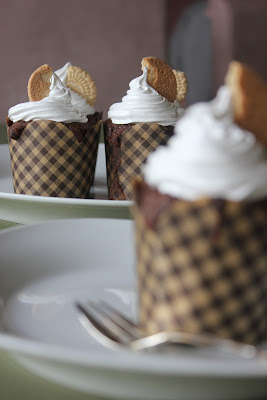 Variations - Amines - Use cocoa
If you have a little blow torch, you could use it lightly on the frosting for a toasted marshmallow finish. (I have one. I have yet to figure out how to get the gas into it.)

These cakes are deliciously moist and you won't want to stop at one.
Posted by Trishy at 22:11