The cool weather has really set in now and I have to admit that I rather like it. I like scarves and warm coats, heaters and hot drinks and I really like winter food. It's quite lucky that failsafe food lends itself so well to delicious warm meals. Inspiration can be hard to come by in summer, but not winter, far less thought is required to come up with something that hits the spot.

This casserole definitely hit the spot. I have been getting into using the failsafe alcohols for cooking. They can really add a hit of flavour that failsafe cooking often needs. If you don't like to use them, you can leave it out or substitute a bit of stock.

That's it! So easy. You could mess around and seal the meat and saute the vegies first, but it really doesn't need it and any leftovers can be used as a pie filling or just tipped over toast.

I find more inspiration in sweets than real meals sometimes. I guess it is easy to make things tastier if there is sugar involved, and who doesn't like cake? Well at the moment my son is not a fan of cake, but he will happily eat this one. I used to make this one BFS (before Failsafe), but used different fruit. In it's original form it had gluten and dairy, but it was one of those fundamentally good recipes that you just know will work without them. Happily, it does not just 'work', it works fantastically! 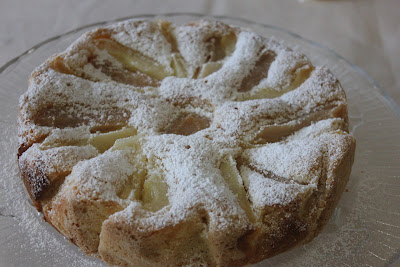 It is based on a Donna Hay recipe and is brilliant for afternoon tea or you could serve it for dessert with a little custard. 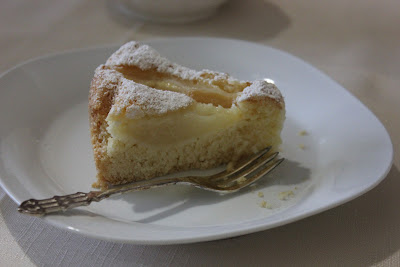 Variations - Gluten - use wheat or spelt flour
Dairy- use butter
Salicylates - use nectarines, peaches or apricots. Any tolerated fruit should work as long  as it is soft.


This cake gets a really lovely crust on the outside and is quite heavy, but extremely delicious.
Posted by Trishy at 23:23 8 comments:

Bringing the Tagine Back

Once upon a time I had favourite types of food that I just loved to cook and that the whole family loved to eat. Just before we started the elimination diet, my absolute favourite was Moroccan. The rich sauces, fragrant spices, the sweet and savoury combinations did it for me. It was fun to make, there were so many things that I could do with it. I had, up until now, been far too apprehensive to try a failsafe equivalent, there was no way it could possibly measure up to the past efforts. Tonight I gave it a go and while it was nothing like the dishes that I used to make it was still good in its own way. It was flavoursome, it has the sweetness and the meatiness and it was rich and filling. Plus it gave me the opportunity to use my tagine which has mostly been gathering dust the last few years.
For those who are unfamiliar with it, the tagine is a Moroccan earthenware cooking vessel. It has a shallow dish for the food to sit in and a conical lid. These are traditionally cooked over hot coals, but can be used over a gas flame too. If you don't have one, never fear! A large frying pan with a lid or a lidded saucepan or a flameproof casserole dish would do the job quite well. 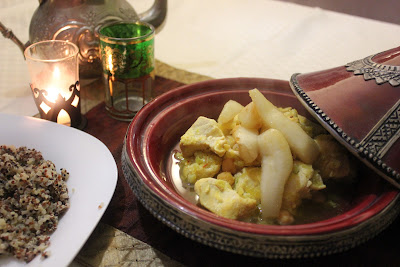 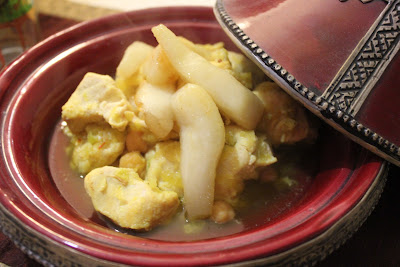 My son mumbled "This is really good" through his first mouthful. So I'm taking it to mean this is a winning dinner here.

Variations- Gluten - Serve with couscous instead of quinoa
Salicylates- Add ras el hanout just before you add the chicken and sprinkle with chopped coriander for serving. You could also use honey instead of the rice malt.
** The ghee - There has been a bit of talk amongst some failsafe groups lately as to whether ghee is ok for those who can't eat dairy as the lactose and proteins should no longer be in it. Some people say they tolerate it, some don't. Use your own judgement or treat it as a challenge, or if you are unsure just don't use it.