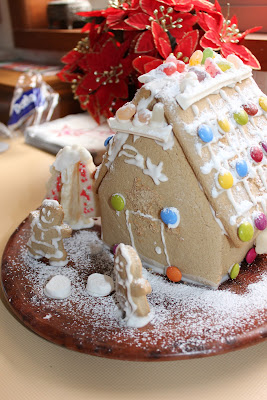 Without the ginger... Which seemed to go down pretty well with everyone at Christmas as not many people in the family seem to like ginger.

I was completely unsure if this would work, gluten free baking can tend towards brittle and crumbly and there was a chance it would lack the structural integrity needed to hold its own weight. But it did work. It possibly needs a little tweaking as it was slightly dry, but it was pretty.

It was adapted from a recipe on Taste that was recommended to me. How many it makes depends on how big you make them. I made three smaller ones. You will need a template for cutting your house. There are quite a few of varying complexity to be found via google. The one I chose was quite simple as I really didn't have time to waste and still didn't know if it would work. I enlarged and shrunk it before it was printed so there were a few different sizes to work with. If you do the same, don't get the pieces mixed up or your houses may not go together. 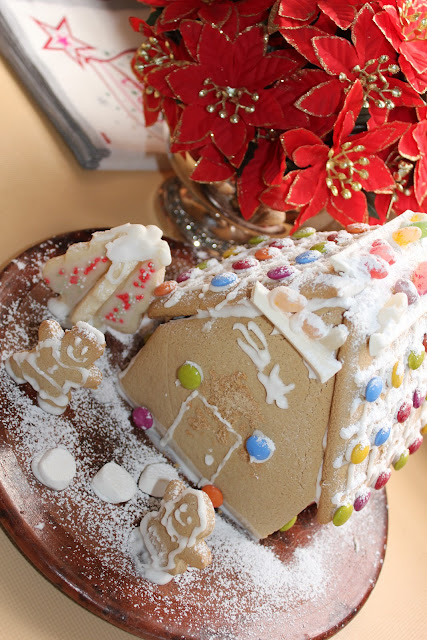 Please note that smarties and jellybeans are not FS. They did not contain any nasty additives and were considered a super treat by my son who was only allowed to eat a few of them.
Posted by Trishy at 23:53