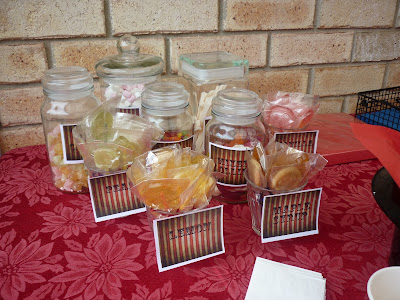 *Edited 17-2-12 - I have been making a bit of candy lately and was not so happy with using that much glucose syrup, mostly from a cost perspective, partly from a health perspective, although a lollipop is never going to be healthy. I have been using half the quantity listed with very good results, so use 1/4 cup instead.
Next step is to experiment without it at all.
Posted by Trishy at 22:10